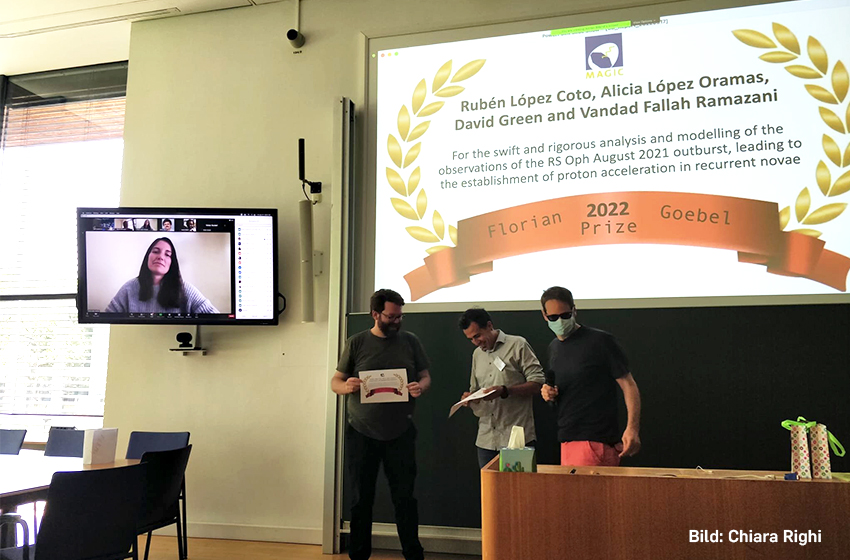 Dr. Vandad Fallah Ramazani, a member of Prof. Dr. Anna Franckowiak's research group, won the Florian Goebel Prize last week together with three other scientists. The award of the MAGIC collaboration on La Palma, Spain, is given to young scientists for important and significant achievements in the field of astrophysics.

Together with three other researchers, Fallah Ramazani was awarded "for the rapid and thorough analysis and modelling of the observations of the RS Oph outburst of August 2021, which led to the detection of proton acceleration in recurrent novae". The paper on the result of the analysis can be viewed online.

The Florian Goebel Prize is regularly awarded by the MAGIC Collaboration to young researchers who have made a special contribution. The prize commemorates the German astrophysicist Florian Goebel, who led the MAGIC II telescope project until his death in 2008.